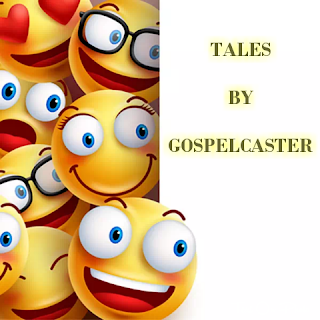 Saturday July 20th, 2019 I joined my dad and other persons to his Maize farm. Sincerely, I hate farming. Partly because I can't distinguish between crops and because I detest any activity that stresses me.

But then, each time I visit my dad's farm, I discovered I learn spiritual things from my activities in the farm. On this fateful Saturday I learnt what I am about to share.

My dad shared the portions everyone was to weed. After giving me mine and showing me what the groundnut looks like, I picked up my hoe and began weeding.

I had not weeded for up to five (5) minutes when I discovered I was left behind. My dad and the other men we came with were weeding like machines while I was weeding like a snail.
They soon discovered it too and began teasing me saying "All I knew was computer, phones and books".

I wasn't so happy with what they were saying so I decided to speed up my weeding pace. Before long I was uprooting the unwanted plants with the planted plants. I began to weed the weeds and the groundnuts together.

The teasings now shifted from "You're slow" to "You're damaging the groundnut". The latter teasing was worse. I paused and I heard this question within me "Do you choose speed over accuracy?"

Now this is the point...

In our walk with God many of us like me in the farm have seen some persons exhibiting various dimensions of results and we're forced to put pressure on the anointing.

We want to start our walk with God and express the same results men who have stayed with God for years are producing.
We want to give our lives to Christ now and begin to prophesy.

We want to do so much with God in very little time without regards for being accurate.
The problem with speedsters in the kingdom is that they do not pay attention to accuracy. Meanwhile, God desires accurate believers and not speedsters.

In your quest to accomplish tasks in the kingdom quickly, you may lose the accurate standpoint of you journey and rather than make progress you would only be on motion.

I was weeding very fast but I was not weeding accurately. I was weeding but I was uprooting the groundnut with the weeds. I was doing work while damaging the work.
You may be going fast in God without realising certain areas of your life that are suffering imbalance. It is expedient that you choose accuracy over speed.

Do not strive to manifest quickly. Rather strive to be accurate. An accurate man on level 1 is far better than a speedster at level 14.

When I resorted to accuracy instead of speed in the act of weeding, I was able to weed the weeds and save the groundnuts. Before long, my dad noticed I was lagging behind again. He came and showed me how I ought to be weeding.
Armed with the weeding technique I began to weed even faster than my dad and the others. My speed was noticeable such one of  the men screamed that I was faster than all of them.

When you choose accuracy over speed in your walk with God, God intervenes and teaches you the system of speed. In the kingdom, we don't strive for speed. God offers us speed only when we're accurate. Inaccurate individuals may enjoy speed for awhile but then the distance covered will be nothing compared to the damages they may have caused.

Accuracy is far better than speed. Don't just go fast, go accurately.
The synonym to accuracy is alignment. Always pant after being aligned to the will of God. In God's will is all you need.
Accuracy and Alignment over speed!