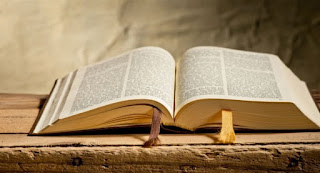 The Holy Bible is a mistery of revelation pass events in life. The Bible is defined as the holy scripture of the Christian religion purporting to tell the history of the earth from the earliest creation to the spread of Christianity to the first century at large.

The Holy Bible is made up the #Old Testament and the #New Testament.

Both the Old and New testament of the Bible have undergo numerous Changes overtime including the publications.

The old testament  of the Holy Bible Includes

The Bible is the holy scripture of the Christian religion, purporting to tell the history of the Earth from its earliest creation to the spread of Christianity in the first century A.D. Both the Old Testament and the New Testament have undergone changes over the centuries, including the the publication of the King James Bible in 1611 and the addition of several books that were discovered later.

The book of the New Testament of the Holy Bible

Acts of the Apostles

The name of God

In the Tanakh, "acronym of the jewish" God is identified with the seven different names. Per tradition, these are to be treated with extreme reverence; you shouldn't erase or damage them when written down. For that matter, despite our academic use of them here, you're not supposed to write them down too often either.

The most significant name for God in the Tanakh is the Tetragrammaton, or the four letters. The four letters are transliterated as YHWH. In Latin, since the letter J originally was pronounced like a Y or I, and the letter V sounded like a W, this was written JHVH (from which we get "Jehovah," as in the Witnesses).

Since you're not supposed to write the name down too often, it's common to change a letter (in English this is often written as G-d) or to space the letters, like Y-H-W-H.

Especially in Judaism, but in many Christian traditions as well, you are not supposed to pronounce the Tetragrammaton. When referring to the name itself, one would typically same HaShem ("The Name" in Hebrew).

When reading the four letters, it is pronounced Adonai (or "The Lord"). If the word "Lord" is already next to the four letters, you would say Elohim. This is how we arrive at the common English phrase "the Lord God."

Stay blessed and drop your COMMENTS