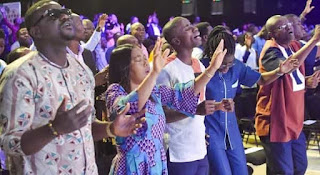 "Beware of false prophets, which come to you in sheep's clothing, but inwardly they are revenging wolves."

We are living in an era where the manifestation of biblical prophesies has assumed startling dimensions in the past it was rare to hear of false prophets particularly in the big cities performing false signs and wonders, over publicizing themselves instead of Christ. These false prophets could also be identified with large crowds of followership, many of them living in influence. In this lesson, we will lol closely at some features of deception and their implications.

Jesus Christ first used this phrase (wolves in sheep's clothing ) in one of his sermons as he likened false prophets to revening wolves. He gave this broad and narrow gates. The use of metaphor characterized of Jesus. The Lord Jesus specifically pointed out the seriousness not deception that will present itself in various guises and forms. These acts will seem harmless but ultimately seek to make us deviates from following the Lord and eventually destroy us. On this backdrops, this lesson also showcases the sources of these deceptions from church and society particularly, among the nobles and renowned men and women. (1Kings 13:14-22). We are expected to be watchful and diligent in the truth of God's word in the face of the onslaught of deceptions.

Therefore, "Enter ye in at the strait gate. For wide is the gate, and broad is the way, that leadeth to to destruction, and many there be which go in there at: because strait is the gate, bad narrow is the way, which leadeth into life, and few there be that find it. Beware of false prophets, which come on you in sheep's clothing, but inwardly they are ravening wolves "(Matthew 7:13-15). Paul, in admonishing the Ephesian elders, warmed about grievous wolves that would not spare the flock (Act 20:17-29)

Meaning and characteristics of the phrase wolves in sheep's clothing."

This figurative expression is based on the idea that a sheep is a harmless and gentle creature, while a wolf is a cunning, vicious animal that attacks and eats vulnerable animals, such as sheep and lambs. The phrase depicts a hypocrite who pretends to be a Christian, a dangerous person who pretends to be harmless, innocent and genuine or an enemy who disguise as a friend.

Attribute of wolves in sheep's clothing

It's important that we know the traits and activities of these wolves to avoid the being a victim.

2. They frustrate the grace of God, giving room to sin and encouraging others to do same (Roman's 1:32)

3. They distort the word of God by mixing false teachings with the truth (Mark 7:13)

4. They are models of greed, motivated by money and unrighteous gain (Philippians 3:18-19).

1. Cain, after his sacrifice was rejected, feigned to be friendly with Abel his brother and eventually killed him in the field(Genesis 4:8)

2. Amon deceived his father, David and his sister, Tamar whom he eventually defiled (2samuel 13:6-14).

4. The Pharisees and sedducees whose teaching and lifestyles were hypocritical (Matthew 16:6; Luke 12:1)

What have u gained from this topic you comments is highly needed.

What have u gained from this study?

[Book Review] Secrets of The Secret Place by Bob Sorge 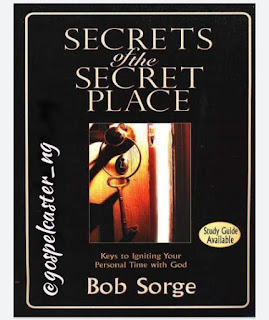 Secrets of the Secret Place is a book written by author and teacher, Bob Sorge.

The book is an expository on the system of the secret place and how believers should use it as well as the immense benefits that comes with it.

In this book, Bob Sorge admonishes believers to establish a place, time and incentive to regularly meet with God.

Unlike the normal books on prayers that flood the shelves of libraries, Secrets of the Secret Place is a book that does not just teach you about the secret place but pulls you into it.

Secrets of the Secret Place is a book on how to pray effectively and one for every hungry, desperate follower of Jesus who is concerned about spiritual growth and gaining mastery.

The book is divided into four (4) parts namely:


All of these sections are designed to help you pray to God effectively.

Every Believer is expected to know and dwell in the Secret Place and Bob Sorge diligently writes about the secret place and what you need to know about staying there.


Bob Sorge is "the speaker who can not talk", that is, he is reduced to a whisper because of a debilitating vocal injury he suffered over twenty (20) years ago.

Pastor Bob has a unique way of helping us process our journey so we stay in the race and overcome.

Whether you are reading one of his books or listening to him, you are about to receive a word from the heart of God that will strengthen your faith and draw you into greater intimacy with Jesus.