Home Unlabelled Calling Out to Jesus

Calling Out to Jesus 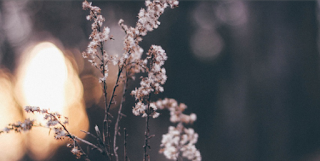 Jesus and his disciples were leaving the city of Jericho, and a large crowd was on their heels. The people had seen the miracles Jesus had performed, many had heard him preach, and several were simply curious. But hundreds were moving down the dusty road toward Jerusalem.

You know how it is in a crowd—especially an anxious and excited crowd! Someone’s always stepping on someone else’s foot, a few children are always crying, and some are always angry because the crowd isn’t moving faster. This crowd wasn’t much different—except for the fact that Jesus of Nazareth was in the lead. He has the incredible ability to hear everything at once. And amid the shuffling of hundreds of feet, the laughter, and the three-way conversations, Jesus heard something else: two distinct cries from the side of the road.

These two men weren’t part of the crowd. It seemed impossible Jesus would hear them above the roar of those following, but they dared to call his name anyway because they desperately needed his touch.

The crowd immediately shushed them. “Leave him alone. Be quiet! Jesus has important things to do. He’s on a mission.”

But the two men shouted even louder, “Lord, Son of David, have mercy on us!”

If we put this scene under a microscope and take an even closer look, we’ll find some spiritual principles for our own lives.

#1: These two men sought after Jesus. He loves it when his children actively seek him. Do you casually shoot prayers toward heaven, or are you putting forth effort to communicate with Christ?

#2: Jesus stopped for them. He’ll stop for you, too, when you seek him with an honest and expectant heart. Isn’t it comforting to know that amid the crowds of people who are calling for the attention of Jesus, he still hears your cry? And he’ll always stop . . . just for you!

Jesus Christ is crazy about you! Though his agenda is always full, you’re right at the top of the list!

Tell Jesus how thankful you are that he cares for you the way he does!